Jonathan’s 1972 Triumph T100C Trophy is very nearly the last in a line of 498cc, parallel twin cylinder models that first started production in 1939, as made by the original Triumph company. Supposedly the ‘100’ indicated the top speed and the T was short for ‘Tiger’, which was developed as a sporting variant of the Speed Twin.

This dual sport model was introduced in 1967 and has a single 26mm Amal carburettor, a four speed gear box, stainless steel mudguards, carried 2 3/4 imp. gals of fuel, and was equipped with high pipes with twin mufflers. Power output was about 38 bhp at 7000 RPM, and max torque was about 28 ft. lbs. at 6500 rpm.

The ‘Tiger’ name was re-introduced by the new Hinckley Triumph in 1993.

A:It was in good condition when I acquired it and aside from some cosmetic work I haven’t had much to do on it.

A: I chose this bike because I have always liked the TR6 and TR5 (scrambler) models. The T100C with the high crossover pipes is especially appealing. Further, the 500 although not as powerful as the 650cc is a smooth running bike that handles very well.

A: I have had the bike for approximately 9 years. I am given to understand it was originally restored by Ken Brown in Victoria

A: Just the usual maintence and care really.

Q: What about parts availability for a 40 year old machine?

A: Availability of parts is not a problem with Motoparts in Edmonton, and Walridge Motors and British Cycle Supply down east being good sources. 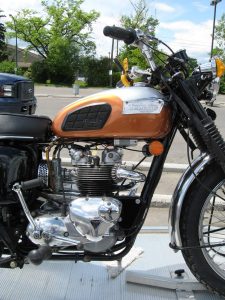 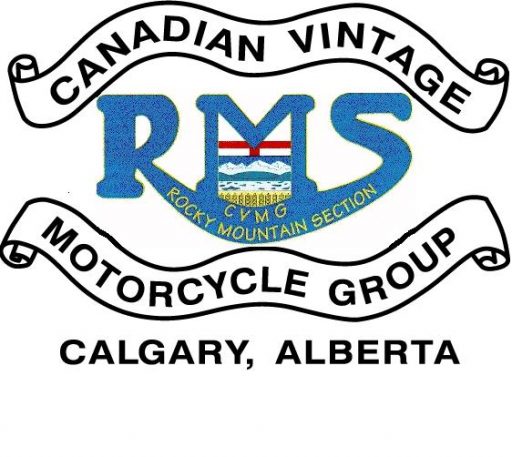 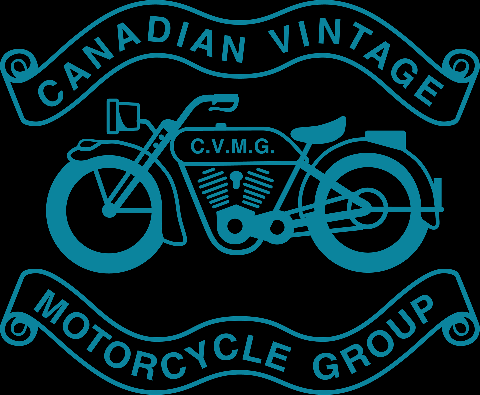